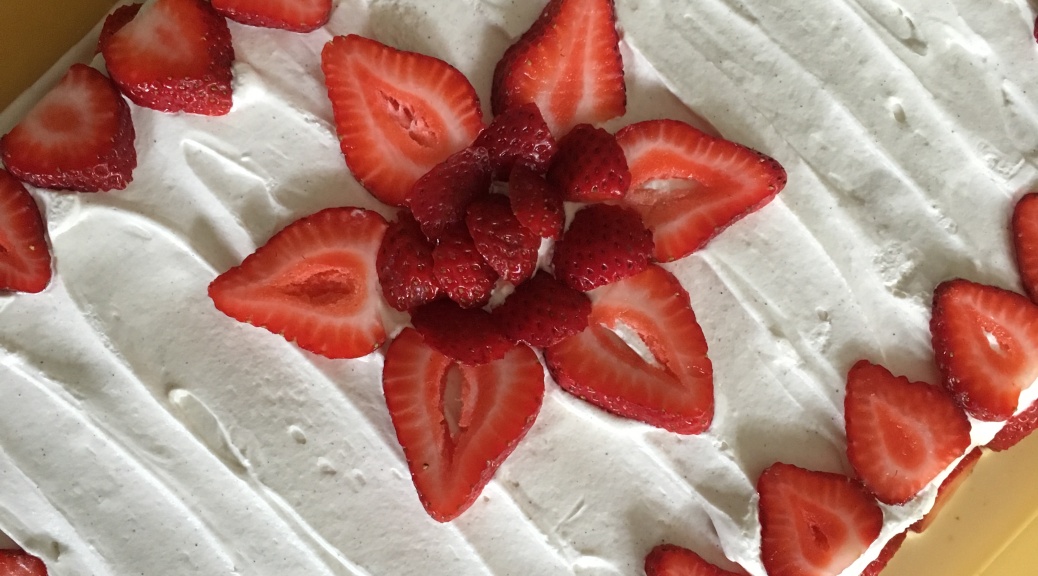 Prior to this I had never even had Tres Leches Cake and didn’t think I particularly needed to, but I was randomly watching Pioneer woman one day while folding laundry and she whipped up one of these and it looked super amazing and unique.  I followed her recipe except for adding some cinnamon to the whip cream frosting because it’s an insanely delicious secret I learned from 1.0’s amazing Chocolate Cinnamon Mousse Pie.  Also I used strawberries instead of maraschino cherries because those are kind of yuck but strawberries are summer fruit central and tasted delicious!  I fed this cake to a crowd and they went nutso for it – I always enjoy seeing my bakes disappear with a quickness.  I’m sure you’ll have a similar result because this cake was such a pleasure to eat.

For the tres leches mixture:
1/4 cup heavy cream
one 14 ounce can sweetened condensed milk
one 12 ounce can evaporated milk

A couple of Caroline Kings here to make your day as delicious as possible.